I'm just a simple country girl, trying my best to live a life that glorifies God and lifts high the name of Jesus Christ. I'm not perfect, just forgiven.

“Is this a mid-life crisis?” She wondered to the blank wall behind the T.V. – the one that she left blank intentionally, not even a nail hole to hang a picture because even so much as a nail would be a commitment, a commitment to a life she was no longer certain she wanted.

Fifteen years with the same man.  Eating the same food.  Sleeping in the same bed.  Having the same sex.  Many years, many towns, and many houses had passed through their lives as a couple.  Was she really ready for yet another one?

Sure she still loved her husband.  But it’s the kind of love familiarity brings.  The passion and lust of the honeymoon are gone. They worked past the growing pains of underwear on the floor in front of the hamper and the toothpaste tube being squished in the middle instead of squeezed from the end.  They had been friends at first, then lovers, and then friends again, but most of Emma’s childhood friends were gone.  Now Jack was her life.

Almost without thinking, she rubbed the soft microsuede fabric they had picked for the couch.  She liked the couch.  She remembered that Jack thought the store was asking too much for the it.  $2000 was too much for them to pay.  Emma  had insisted it would last a lifetime if they took care of it properly.  It’d be an investment, she insisted.  Like their marriage, the sofa had been through many incarnations, but it had withstood the test of time. She smoothed the afghan draped over the cushion with the back of her hand as she stood to go do the dishes. She could stay for the couch.

The wide plank floor was smooth under her bare feet.  She had always wanted a floor like this.  Big, wide, slats of wood aged and weathered over time, looking like her daddy’s old barn.  She fell in love with it the first time she saw it.  She couldn’t leave this floor.

Entering the kitchen through the arched doorway, she was nearly blinded by the sunlight flooding the room.  Of course, that had been planned too.  She had always loved the idea of working in the kitchens in the morning, bathed in sunlight, getting the family’s meals ready for the day.  There wasn’t anything about this kitchen she didn’t love, from the hanging pendant lights above the bar down to the terra cotta tile floors, warmed from underneath so she could go barefooted comfortably all year long.

They had worked so hard on this house.  Getting it to just the place they wanted it.  Really…how could she leave now? This house was the house of her dreams! Could she really stay for the house????

The magical age seems to be 12.

Girls teetering dangerously close to the edge, Others dangling from the precipice

Out bodies are already beginning to give a hint of things to come.

That’s when it all starts!  People begin to notice.  (Guys mostly).  We are beginning to flower, to blossom, to bloom.

A strangely wonderful and uncomfortable change comes over us.  We understand – somewhat – we are no longer girls, not quite women.

We bear the hallmarks of a woman!  Breasts (still perky and pointy).  Hips (fuller now to match our breasts).  And, as yet, uncharted Virgin territory (for some of us, but not for all).

What has been happening…slowly, but surely…in our bodies, this whole time, we are now very aware of.

So is every male around us.

Overnight, it seems, they have stopped viewing us as:  sisters, daughters, friends, children.

We are now sexual beings.  Our bodies showing promises of womanhood.

How do they treat us?  How should they respond to us?  What are they supposed to do?

The same changes are taking place in their bodies too.  They are no longer our:  brothers, sons, friends, children.

We have been merely pretending this whole time.  Flirting with each other.  Passing notes back and forth.

Will you be my boyfriend?  Yes or No.  Circle one.

It seems suddenly we also understand “Forever” better too.   A sense of permanence.  Stability.  In a time when nothing in our lives makes sense.  And out bodies have betrayed us.

We’ve had “The Talk” already!  Thank God!  Because now, at least, we know what we’re doing.

Sex-ed only feeds our curiosity.

We sit through class:  Embarrassed; Pretending to be; or Thinking we SHOULD be.  Secretly wishing they’d turn back to the page where they showed “it” and praising God the boys weren’t in the same room with us.  Half afraid of what they were saying about us in the next room.

Sitting there segregated in our individual classrooms, how could we know that there were other people out there…

Males with thoughts about our bodies.  Older men.  Thinking about doing things to our bodies we hadn’t even dreamed of.  Things “The Talk” never touched.  Things whose surface the talk never even skimmed.

The worst of it:  Some of the men having those thoughts were in our families.

Little 12-year-old girls wondering…(of the boys next door):  Why not?  If it’s supposed to be fun, what’s the harm?

We sit clueless, in our room, ignorant of what’s being said to our male counterparts, all the while thinking, assuming, guessing…they’re getting the same talk we are.

What about those other men?  Did they have “The Talk” ever?

Or was their talk different?

Perhaps their talk was entitled:

101 Ways to Overpower, Manipulate, & Intimidate a Female so She’ll Let You into Her Pants.

Maybe it was more subtle:

Top 10 Things to Say to a Young Girl that You’d Like to Get to “Know” a Little Better.

And yet, God forbid, these thoughts had been there the whole time, the men fighting them off like lion tamers with their whips and chairs.

Then, suddenly, the lions get so hungry they grow weary of playing the lion tamer’s game and demand their reward for being so patient, so good, all this time.

What could it hurt?

After all, they’ve been so good this whole time!

Is it really so explainable as that?  Or is it simply male, animal instinct.  The urge to: procreate, dominate, populate, that drives them over the brink?  The voice of some primal Neanderthal inside, grunting out commands to the subconscious!

Do we, as pubescent little, naïve girls, play along unknowingly?  Or knowingly, but not realizing?

These men watch us playing our games of cat-n-mouse with the boys in our classes.  Boyfriend talk.  We kissed on the lips.  We held hands.  He walked me to class.

All our little courtship rituals we play until we are married.

Does that merely whet their appetite?  For just one taste.  Just one piece.  Of our forbidden fruit.

Just say no!  Don’t talk to strangers!  No sex until you’re married!

Nobody bothered to let us know that we needed to be suspicious of everyone!

But nobody told us what to do when the people we are supposed to feel safe with suddenly become the people we have to watch out for.

Why do we have to find these things out in such a cruel way, at so awkward an age.

Everything’s screwed up, inside and out.  Breasts and bras.  Hair in places it never was before.  And like the woman in the New Testament, there’s this issue with blood (Yuck!).

And now the people we’ve spent our lives around are looking at us in ways we don’t understand or appreciate.

And some of them are even touching us!  (Even more yuck!)

The age we couldn’t wait for.  12.  Almost officially a teenager.  Supposedly the best time of our lives (despite the confusion)

Men unable or unwilling to control themselves any longer.  Men we are supposed to trust, suddenly take on the sinister look of the stranger in the alley, the one offering us candy or a ride home.

Men we were supposed to trust are now men we USED to trust.

What if they don’t, won’t, can’t believe us?

What if, somehow, this was our fault?  Good God…is it possible?

So, we walk around…days…weeks…months…years…Never telling!

Nobody would ever believe it.  No way!  Not a chance!

Maybe they told us this.  Maybe they didn’t.  We believe it either way.

And we know that surely there must be something wrong with us!

There’s no way this has happened to anyone else.  How could anyone possibly understand if it hasn’t happened to them?!!!

So many people to hide from, to lie to, to keep secrets from…

…but if we don’t tell, we’ll burst, or die, or rot away from so much poison coursing through out systems.

Little bits and pieces of our souls, decaying, decomposing, from hate, alienation, and bitterness growing in our hearts…

Beating us down from the inside out – till there’s nothing left – but a battered, bruised, and hemorrhaging.

Of all the flowers in the world God could’ve chosen me to be, He made me a dandelion.

Nobody looks twice at a dandelion when there is a garden full of beautiful flowers to stare at, smell, and appreciate.

Giving no more thought to me than to notice my inappropriateness of place.

I am not:  romantic as a rose; exotic as an orchid; delicate as an African violet or fragile as a paperwhite.

Many flowers I have wished to be, so that others might take notice of me.

Many nights have I spent cursing and  itter that I was not given the beauty of a real flower.

Many nights have I cried that nobody spent time hovering and fussing over me to grow me into graceful, elegant, floral, maturity.

I was bemoaning such things one evening when a voice from above spoke to me something quite simple, quite logical, but very profound indeed.

When was the last time you saw a rose grow out a crack in the sidewalk? 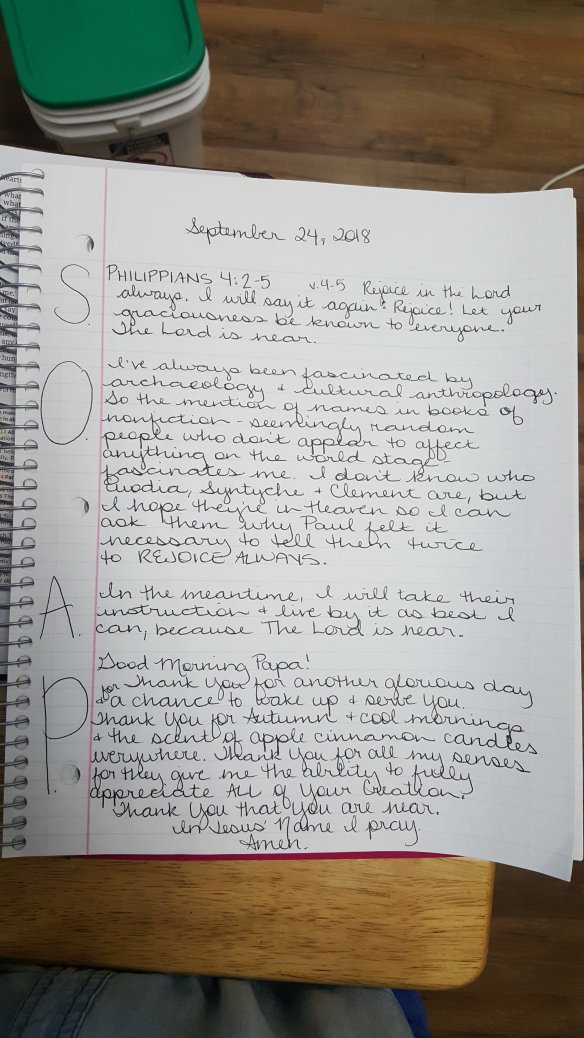 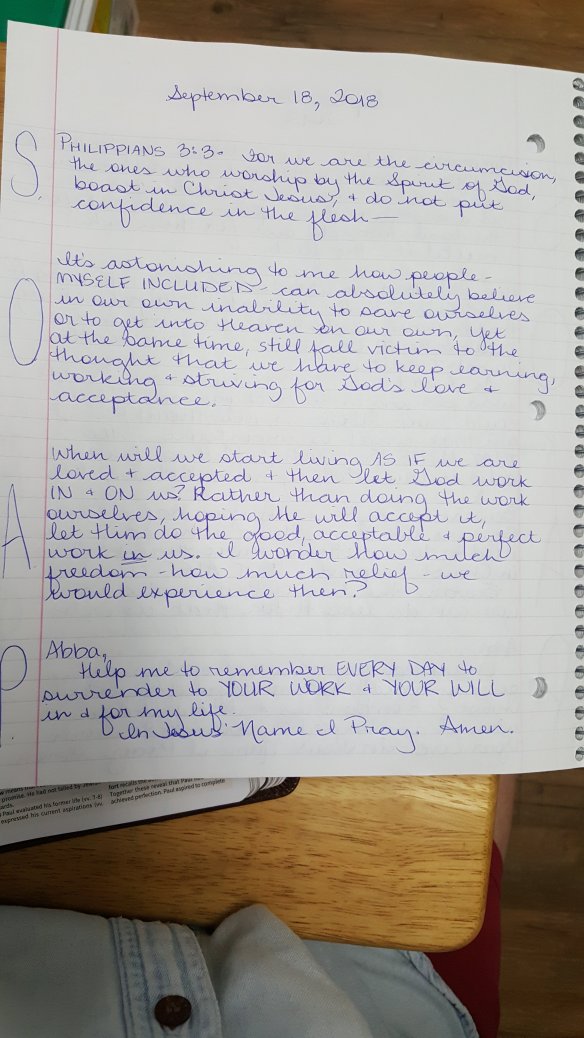